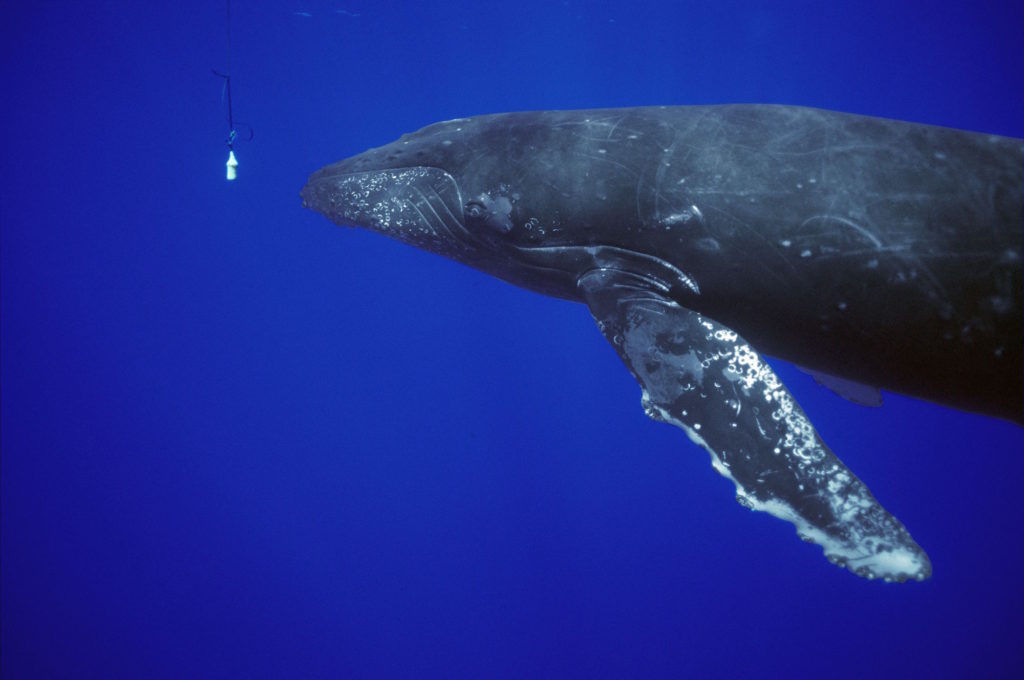 The song of the humpback whale is a loud, complex series of sounds repeated over and over. It occurs primarily (although not exclusively) during the breeding season, is sung only by males, and its composition changes as it is being sung with all singers in a population singing the same version at any one time.

Since 1997 our research program has investigated song function through intensive study of the behavior of singers and their interactions with other whales. Our results to date have indicated that singing attracts other adult males, not females, and that the resulting male-male interactions are usually non-agonistic (or not aggressive).

Currently, we are testing the hypothesis that the song may serve as an index of association between males, possibly facilitating cooperation between some males in mating activity.

Comparison of Song Changes Throughout the North Pacific

From 2010-2013, Whale Trust Maui led a collaborative project to examine and analyze the similarities, differences and dynamics of change in the composition of songs between humpbacks in Hawaii, Mexico, Japan, and the Philippines. [Check out the latest results from those studies.

How Do Singers Respond to Playback Recordings of Humpback Whale Songs?

For the past several years, Whale Trust Maui researchers have been conducting playback experiments that involve playing back similar and different songs to singers on the Hawaiian breeding grounds. The purpose is to see how they respond to the sounds, hoping to increase our understanding of how sounds mitigate interactions between whales on the breeding grounds. Preliminary results indicated that singers responded positively to similar songs (e.g. their own song) and responded negatively to songs completely different than the Hawaii song (e.g. song from West Africa).