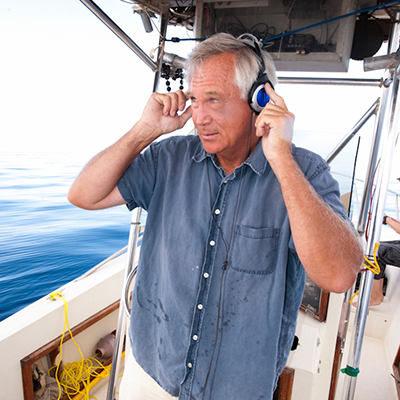 Jim Darling has led research programs on whales for over 25 years. His primary studies include long-term investigations of behavior and ecology of gray whales in British Columbia and humpback whales throughout the North Pacific. Jim has been executive director of West Coast Whale Research Foundation, a Canadian research and education society, and research director of the Clayoquot Biosphere Project, a Vancouver Island community based organization that promoted field research in the temperate rainforest ecosystem. Jim has written numerous scientific and popular articles and several books on his work. Since 1997, Maui has been the base of his study on the function of the humpback whale song. His most recent book, “Hawaii’s Humpbacks: Unveiling the Mysteries”, was published in 2009 and helps to raise funds for Whale Trust Maui’s research programs.